W is for Whoopie... Pies that is!
Was there ever an episode of The Newlywed Game where Bob Eubanks did not ask the contestants "Where is the last place you made Whoopie"? Well, I can honestly say IN THE KITCHEN! 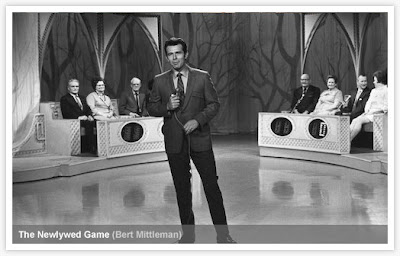 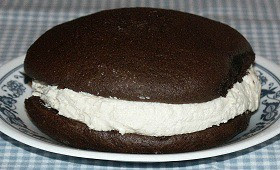 While playing on Pinterest, I noticed I kept seeing recipes for Whoopie Pies and decided I better start a new  PIN board just for Whoopie Pies because I knew sooner or later, I would want to try my hand at making them.  Now I've eaten Whoopie Pies before, they are a very popular item at Amish bakeries but I have never made them myself. Well, the opportunity came sooner than I would know as I decided to take them to a neighborhood meeting/dinner. For my first attempt, I wanted to try an easy recipe, possibly one that started with a cake mix, sure enough, I found THIS recipe. I made two batches, I used a devils food cake mix for one batch and red velvet for the second batch. 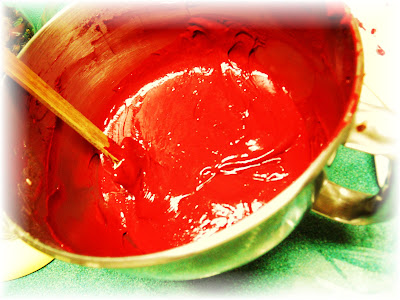 Look at the pretty red color!

The recipe says to drop the batter on to parchment lined cookie sheets but I made it even easier and bought 2 Whoopie Pie pans at Target! I used a cookie dough scoop to fill the cavities. I filled the scoop  to the top but in hindsight, it was probably a little too much. 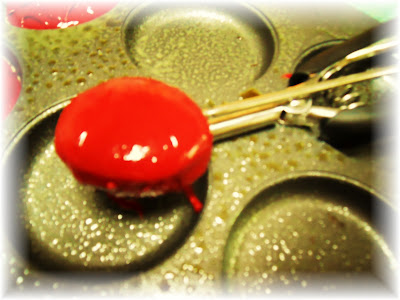 Here's a shot of the pans filled. 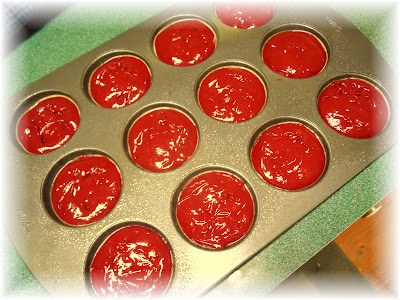 And here's a shot of the finished Whoopie pies, cooling. 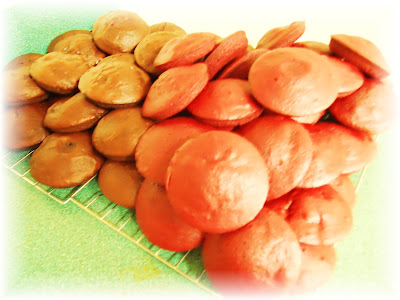 By the time I made all of these and put the filling in between, I was really running behind schedule and completely forgot to take a picture before I left for the meeting. You just have to take my word for it, they looked and tasted WONDERFUL! Make sure you check out the other Whoopie Pie recipes on my Pinterest board and don't forget to stop by Jenny Matlocks for more inspiring W posts at Alphabe Thursday! xoxo Nan
Posted by NanE at 10:37 PM