Twenty One Years ago today, our youngest little chickie came into this world! From the minute she drew her first breath, Emily has been one of the most determined and strong willed people I have ever known. She even arrived nearly three weeks early. At the ripe old age of five weeks, she made up her mind that she was going to be a singer and in order to exercise her lungs at such an early age, she decided to develop colic. And so the poor baby screamed from nine o'clock at night till three in the morning, every night until she was nine months old. I often joke that if she had been the first, there wouldn't have been a second. 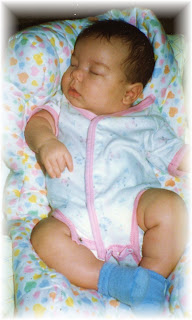 She was such a pretty baby, with a head full of jet black hair and big brown eyes and little pudgy legs. By the time she was a year old, she knew how to wrap us around her little finger and always kept us laughing with her antics. 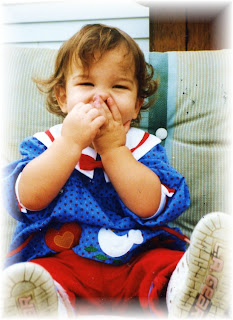 By the time she entered kindergarten, she had a mind of her own. She knew what she wanted and she went for it. I remember well the time she wanted to wear her new shiny patent leather dress shoes to school and of course I said NO. I sent her off to school in her tennis shoes but when I went to pick her up, she came running up to me from the playground wearing her patent leather shoes. She had sneaked them out of the house in her back pack and changed when she got to school! UGH, I knew we had a fashion diva on our hands right then and there. She still loves clothes and shoes. 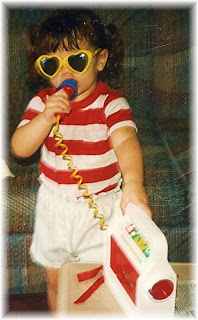 As you can see, she loved performing from a very early age. She sings, she dances and plays 5 instruments. She has accomplished more in her short 21 years on Earth than most people do in a lifetime. She is never idle and is always volunteering for a charity, her sorority or school. All while working and staying on the Deans List. She has grown into a beautiful young women and we are so very proud of her!

Happy Birthday Emmie Pooh!
We love you so very much!