Lookee What I found!

I was putting some Halloween decorations in the attic when I noticed this little spot of red poking out from under a pile of garbage bags filled with stuffed animals. 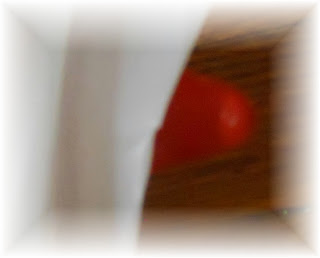 Being the curious creature that I am, I decided to move the bags and in the process discovered something I thought had long since gone to the Goodwill! 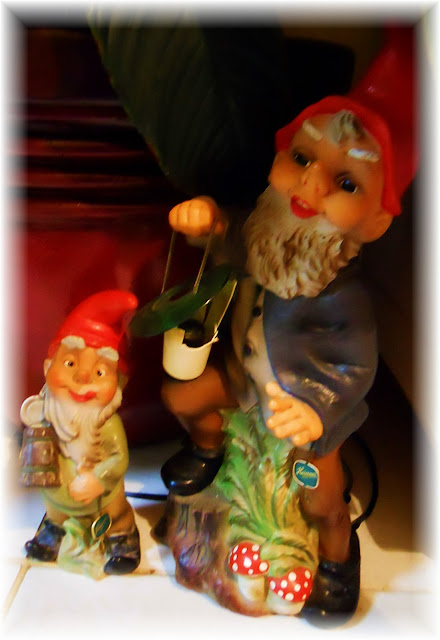 These two sweet garden Gnomes belonged to my parents. The little guy is 11" tall and the big guy measures 19-1/2" tall. 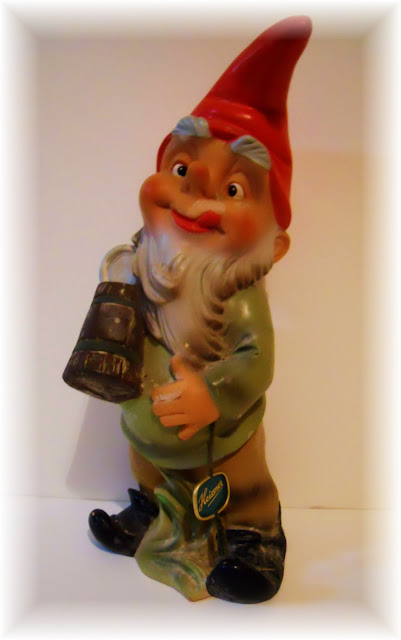 The big guy is holding a lantern in his hand. The white plastic part has started to crumble but I'm guessing the light still works. If so, I'm going to figure out something to replace the white part with. 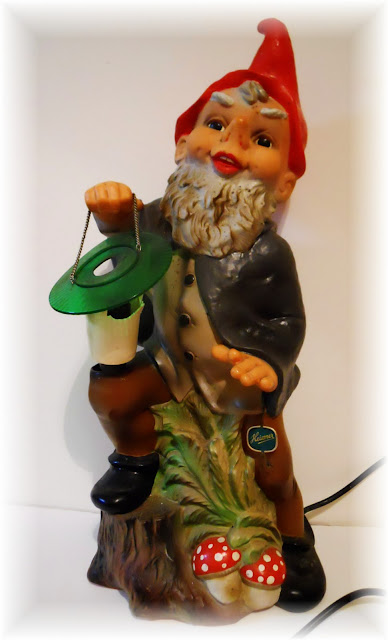 They both still have their original manufacturer's tag attached so I did a little investigating to see what I could find out about Heissner and was pleasantly surprised! I knew my parents purchased them around 1970, so that makes them about 40 years old but that is all I knew. 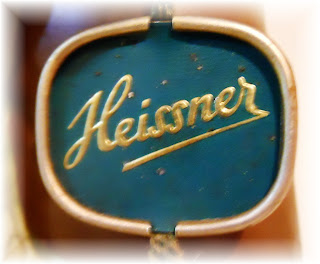 The first thing I learned is they were manufactured in Germany. The second thing I learned is that August Heissner was one of two people to produce Gnomes in quantity and started production around 1870. So you might say that the Heissner Gnomes are partially responsible for Gnomes becoming the popular little characters we know and love today. And since they are wearing read hats are decorative and I think old enough to be vintage,
I'm linking this post to REDnesday at It's a Very Cherry World and
Vintage Thingie Thursday at Coloradolady.
and Rick Rack and Gingham!
Posted by NanE at 11:28 PM