A trip to the big city!

Growing up in a small, fairly rural community, there weren't a lot of places to shop for clothing, so several times a year, my family would make the long trip to the big city. This was before the interstate highway system was built so we would take the winding, country back roads. Up and down, up and down, up and down, over the hills we would travel. It's a good thing none of us ever suffered from car sickness or the trip would have been miserable! Back then the trip took over three hours, today it takes less than two.We never minded the trip because we knew what awaited us when we reached our ultimate destination, Lazarus Department Store. 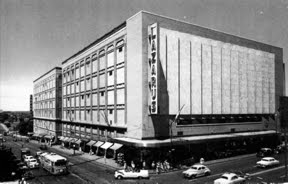 Lazarus was a huge complex, six stories tall, not including several basements and extended for block after city block. This store was amazing, with no less than four restaurants, lounges, every type of department you could imagine and it's very own auditorium. During the Christmas Holidays the large store windows were an attraction unto themselves, a fantasy world to delight old and young alike. 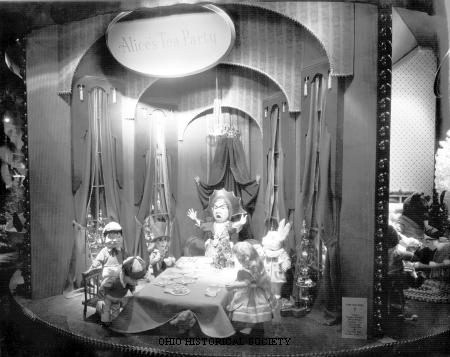 As children, we would have made a bee-line to the 6th floor if our parents would have permitted it, for the 6th floor is where the toy department was located. Yes, the toy department had all the latest and greatest toys but they also carried a wonderful assortment of heirloom toys and toys imported from the far corners of the world. I can still see the display of Steiff stuffed animals and Madame Alexander dolls. Lazarus took great pride in customer service and knew a happy shopper would spend more money. And so I think it was no accident that the auditorium was located right next to the toy department and was the perfect place for busy parents to deposit their children so they could shop in peace and quiet. They didn't have to worry about their children because they would be so well entertained, they wouldn't even notice their parents were missing. My favorite form of entertainment offered by Lazarus, were the Marionette shows. They were so lifelike and the performance so professional, one would forget they were watching puppets. Because of these very shows, I made up my mind, I too wanted to be a puppeteer! 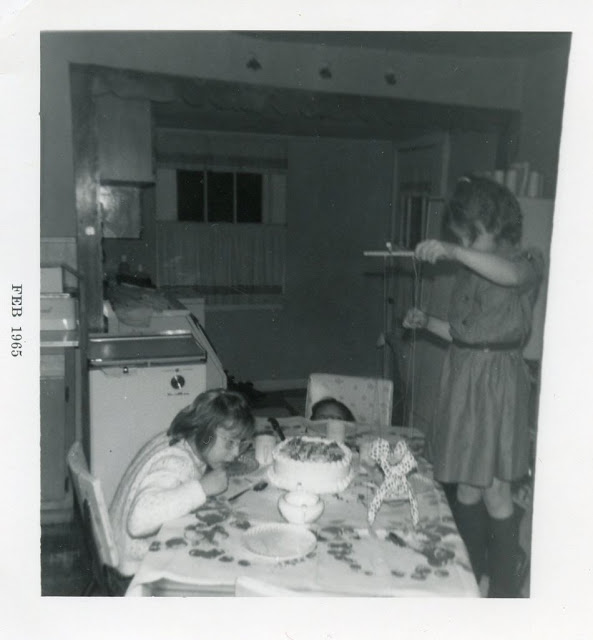 Here I am on my Birthday, torturing my older sisters with my puppeteer skills! Notice my oldest sister trying to slink away under the table!
My parents bought me my first Marionette at Lazarus for my ninth birthday, a happy little clown.

The following Christmas, I would receive a Mickey Mouse Marionette AND a puppet theater. My poor family, they had to endure sitting through numerous puppet shows, performed by MOI as I made the little clown and Mickey Mouse dance and play! I don't know whatever happened to the Mickey Mouse but I still have the Happy Little Clown, he hangs from a peg on the RED shelf in my studio, hoping that someday, he will dance again! 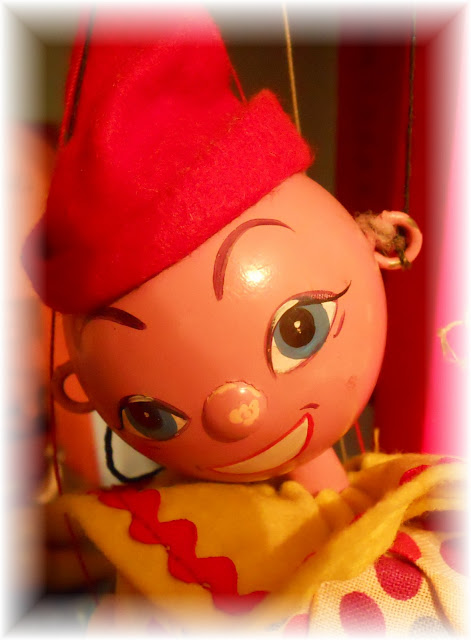 I'm linking this post to REDnesday at It's A Very Cherry World
and
Vintage Thingie Thursday at Colorado Lady.
Posted by NanE at 12:45 PM