Happy PINK Saturday everyone!
If you've ever traveled to the Lowcountry of South Carolina, no doubt you have seen the basketmakers selling their wares along the highways and back roads. 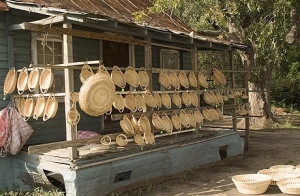 This was a craft brought to the United States by slaves from West Africa and has been practiced along the Sea Islands for hundreds of years. The baskets are known as Sweetgrass Baskets and get their name from one of the plants used to make the Baskets, Sweetgrass or Muhlenbergia Capillaris. 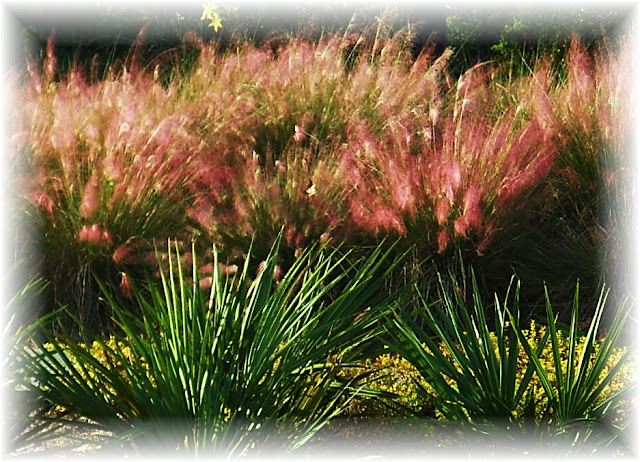 Sweetgrass grows along the banks of marshes naturally but in recent years, has become a popular plant used in landscapes. In the fall, the showy pink plumes of Sweetgrass are spectacular to observe, blowing in the wind. 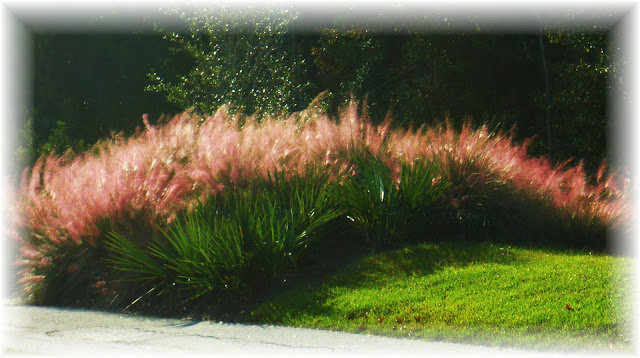 This planting is right around the corner from my house.
I have two Sweetgrass baskets both of which are very special to me. 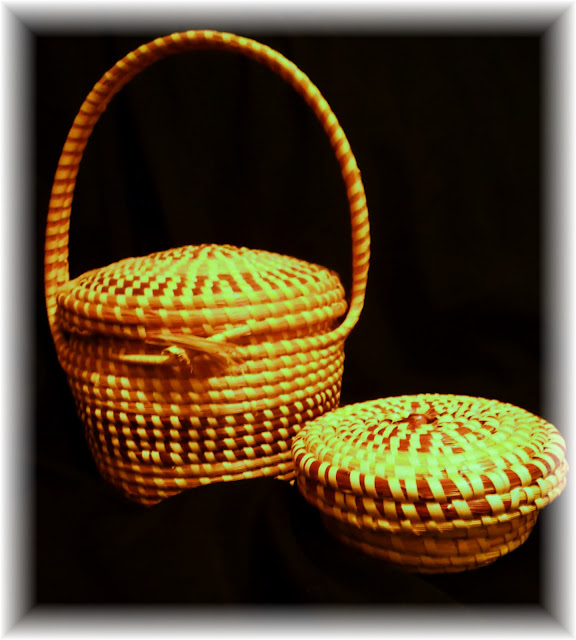 The larger belonged to my Mom, bought on her first trip to visit me in Charleston. The smaller basket was made especially for me by a young man in middle school. He came from a very poor family and I was a secret Godmother to him. I gave him little notes of encouragement, little gifts at the holidays etc., nothing big, really. He never knew who I was but one year at Christmas he sent this gift to me via the Guidance Office. 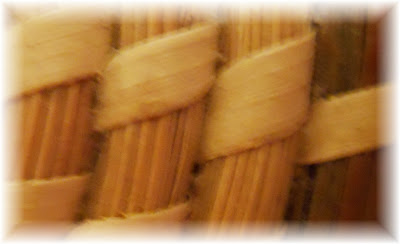 The work on the baskets is very intricate and each basket maker develops their own styles and patterns. In addition to Sweetgrass, the baskets are also made from Pine Needles (the dark brown on the far right) and Palm Fronds (the light horizontal banding). Sweetgrass Baskets are now considered a National treasure and have even earned a spot at the Smithsonian.
Please stop by How Sweet the Sound for more PINK inspiration!
Posted by NanE at 10:07 PM